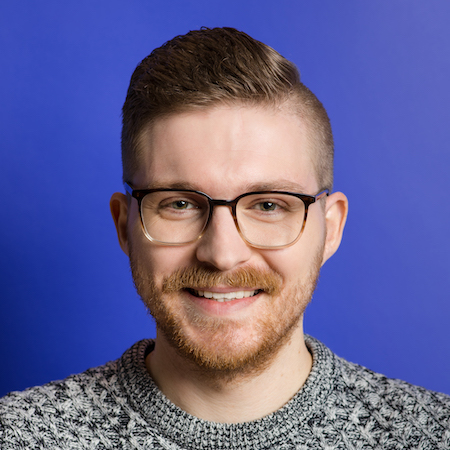 I've enjoyed whiskey for a while now, but I can never vocalize all the flavors present in a bottle. I read all these flowery reviews and tasting notes online and I just have no idea how these people come up with descriptions like "caramels, dried peats, elegant cigar smoke, seeds scraped from vanilla beans, brand new pencils, peppercorn, coriander seeds, and star anise"... until now.

OpenAI recently made headlines with their blog post Better Language Models and Their Implications, in which they described their latest general language model, dubbed GPT-2. In the post, they claim to be practicing responsible (non)disclosure by not releasing the full pre-trained model due to concerns that it is so good, it could be used for fake news generation or social media manipulation. However, they did release smaller versions of the model which are nonetheless still quite performant. You can play with one of them at talktotransformer.com.

Obviously this piqued my interest. I've dabbled in purposely bad language generation, but this time I was curious about doing something vaguely believable. I decided to try to sound more impressive in my whiskey-ing by generating my very own fake whiskey reviews, fine-tuning the small version of GPT-2 on existing reviews. 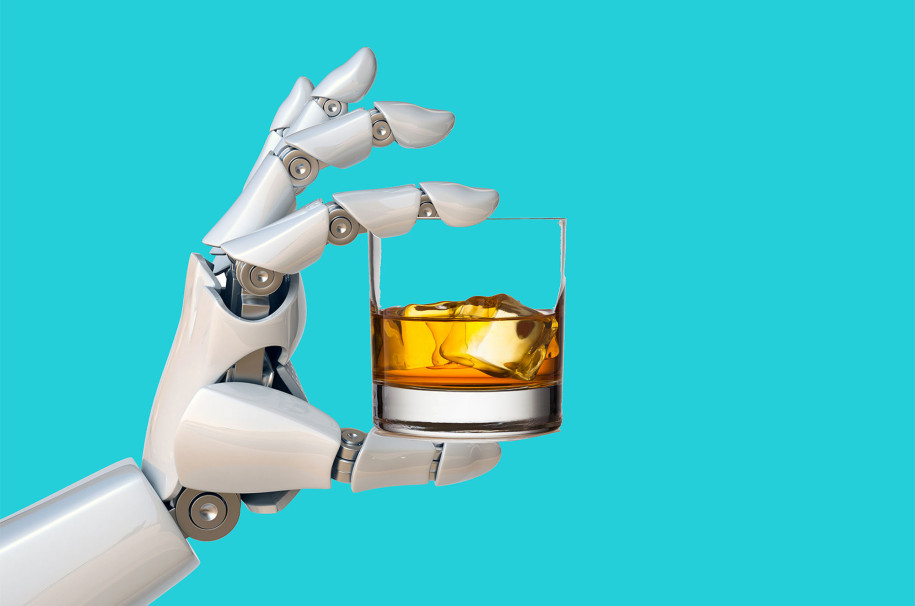 The first site on Google when I searched for "whiskey reviews" was whiskyadvocate.com, and it seemed perfect for my needs. Short, consistently formatted reviews, and all on one long page making them easy to scrape.

The only snag is that you have to click a "See More" button over and over to get 6 more reviews to render each time. I know you can use sophisticated scraping tools to deal with this situation, but I decided that that would be overkill for this project. Luckily I've been JavaScripting a little bit recently so it occurred to me that you can pop open the browser console and run:

After glitching out for a bit, the whole set of reviews is visible on the page. One ctrl+S and we have the reviews ready for parsing with beautifulsoup. Looking at the html, we see that each review is in its own <article> block, so they are easy enough to extract:

Checking out the text structure of one "article", that all we really need to do to clean up is drop empty lines and replace non-breaking spaces (/xa0) with normal ones.

This gives us nice clean review snippets in the following format:

Looks (and sounds) good to me! The last step is to save our reviews back to a text file for processing by GPT-2. The model distinguishes between separate pieces of text using a special token, <|endoftext|>. So we join all the reviews back together, separated by this token, and save it to a text file:

After training the model, it turned out I was only using the Summer 2019 Buying Guide and not the full set of reviews, so there is definitely room for improvement here.

Surprisingly, this is actually the easy part, thanks to work by nshepperd. His/her fork of GPT-2 contains a super easy train script for finetuning GPT-2, with lots of options. To get started with it, we clone the repo and use the provided script to download the pre-trained model. This model has already been trained on a set of 8 million web pages, so it already has a pretty big and diverse vocabulary. We'll download the smaller model, called 117M:

This will save the pre-trained model in the models directory.

The set of reviews isn't very big (the whole site contains about 4,000, but I only grabbed 125 during this experiment due to the mistake mentioned above), so this will be less like fine-tuning and more like clobbering the model. When we are done, it will know nothing but whiskey reviews. For that reason, we output samples frequently during training, with the expectation that the sweet-spot for interesting new reviews will come somewhere before the model is totally overfit.

With our processed reviews in data/clean/reviews.txt, we run the training script on our data, setting the PYTHONPATH variable as indicated in the readme. We output 30 samples every 25 epochs, with a length of 250 words (long enough that a full review should fit in there). We also checkpoint the model at that point so that we can return to it to generate more samples later if we want:

The script will create a samples directory and save the samples there, and also a checkpoints directory. It runs until you kill it with ctrl+C, so feel free to go get a coffee.

The first thing to notice about the output is that the generated text is usually really coherent at first glance. After 25 epochs, the model isn't really talking about whiskey yet, so we mostly get a peek into the kind of text generation that it's capable of:

We are pleased to present the third of over 1,000 stories published by the New England Journal of Medicine, from all continents. The authors have collected information on over 50,000 individuals in the United States who were examined at the National Heart, Lung and Blood Institute (NHBI) and included information on symptoms and treatments. The research was focused on coronary artery bypass grafting, cardiovascular dysfunction, cardiovascular disease, and coronary artery disease.

The URL doesn't work, I checked. This is generated text.

After 50 epochs, we're already seeing some promising output, though there's definitely work to do:

The packaging is as it should be: it looks fine (with more sugar than water), but the nose gets burnt out, which can be remedied with some honey. There were a couple of more hints of red wine and chocolate, but in the nose this gives way to a more complex whisky with plenty of chocolate and dried fruit. On the palate, it's just perfect. The nose is quite dry and mouthful, but more like a whisky where, when you pour it into your mouth and add it, you find the sweetness of cherry-chardonnay, fresh orange peel, ginger, and vanilla peel. On the palate, it develops chocolate, vanilla syrup, and nutmeg, along with a light and pleasant hint of dried fruit, then is broken up by chocolate, cherry, and pepper notes. Very well-designed, although this was not finished in time.

At 100 epochs, we have a review that at first glance seems reasonable:

Note that the model is even mimicking our formatting. This one ticks all the boxes of a review, but check out the tasting notes: vanilla, cinnamon, chocolate, caramel, sweet almond. There's definitely a theme: these are baking ingredients! Many food words are used in tasting notes. The model is learning this, but the text it was trained on seems to have included many recipes, as all sorts of baking instructions are also being generated. This was another sample from the same batch:

"Pour milk/soy mixture through an egg grinder; if it is hard, you might have to do it some more" isn't exactly sensible, but it is definitely coherent and the whole thing reads like a recipe. Just don't try it at home.

After 200 epochs, the model is producing whiskey reviews that I (as a layman) can't distinguish from the real thing:

However, it is also revealing one of GPT-2's flaws: it has a tendency to abruptly switch context, which can be quite comical. From the same batch:

A group of scientists led by Professor Jonny Wilkinson has found that the planet Saturn has the highest amount of formaldehyde on Earth. The concentration falls short, with only slightly more than 100 parts per million of the general background. It is 80 parts per million in the form of sisphenol A (s<3 parts per million<30 parts per million): this is also found in less-drying water like water and soda water. The taste is more palatable, with more of both honey and orange, then chocolate hazelnut, vanilla pod, chocolate chip cookies, caramel, hazelnut, coconut, and a sprinkling of orange oil. There are also more dark chocolate aromas, which are sweeter and with some spice and nutmeg addition. One might expect there to be more chocolate, but, on closer inspection, it's more fruitcake and chocolate barristers will ultimately find it all.

The standard edition features a black leather jacket with leather cuffs and white floral print buttons. The back has a floral feel, but is made from milk chocolate; the outside shell lacks much citrus or sweetness, which ultimately leads to a light taupe hue and ample mouth-drawing.

This is also what I meant by clobbering the model: it is forgetting how to remain in other contexts. No matter where it starts, it is beginning to see everything as a whiskey review. By this point most (but not all) of the samples are also formatted like our whiskey reviews. This distinctive formatting proved to be a very useful tool in gauging to what extent we were overfitting the model.

By about 250 epochs, most of the output is pretty believable, with the only consistent flaw being repeated flavors in the tasting notes. All in all, I was surprised at both how easy the open source community made this experiment, and also how quickly and accurately the model was able to start replicating reasonable-sounding reviews (training only took about a minute per epoch on my old-ish MacBook Pro).

This post is getting long enough, but I'll end with some highlights and bloopers:

Consistency in country of origin (Canadian) and location of distillery (Banff):

Sweet potato, strawberry jam, milk chocolate, candies, and brown sugar flavors on the nose, along with smoky bowers & sounders, all wrapped tightly in a viscous, creamy feel. The palate is smooth and gentle, delivering gentle, medium-bodied whiskeys with their own distinctive flavors. A light, nimble palate serves enough sweetness without too much rancor that it becomes sultry, with hot chocolate, strawberry jam, milk chocolate, plum, and cassis.

A smallpox-infected grain, this first-generation proof has a floral, sweet nose laced with blueberry jam, cherry Cask Whisky, toffee, cedar, and tangy oak. It is fragrant and flavorful beyond any description—like a symphony show from before the age of antibiotics.

Makes a delicious mixing bowl of Chocolate Fudge, Big Mac, Ham, Sweet and Sour Apple Cider, Peanuts, and Sour Cream, with a fondness of making out with other people. The caramel is so strong, in fact, that I could only inhale the delicious caramel trails in my cigar box. The only hint I have of burnt sugar and caramel are lost along the way. Sweet and fruity, at least for the $75 price point.

Confusion between whiskey and... pop metal?

the Chinese pop-metal king Ping'i Minbar began producing small batches for his mouth. Now in its 40s, with a nose of chocolate flan, hedonian, and bubble gum, it ends on sweet and savory rye, with vanilla, orange, and clove. It’s a reprise of the year loaded with floral notes, tangerine, cinnamon, black pepper, and orange soda pop. Floral, earthy, and smoky throughout, this period’s reasonably priced—$120—but well-balanced to give (or withhold) indulgence.

Tastes like a young William Shatner novel: rich with flavor, packed with fruit, honey, orange, maple syrup, and aromas of strawberry, licorice, and chocolate, balanced against a lingering tannin of the herbaceous nectar source. The palate is luxurious, richly notes a childhood home.

Note: I have kept the generated reviews true to their original formatting and content, with the exception of removing the "Reviewed By" line that WhiskyAdvocate have at the end of their reviews. The model very quickly learned to use the real names of the reviewers, and I didn't want a real person being accused of describing a whiskey as "smallpox-infected".

Thanks to WhiskyAdvocate for agreeing to let me use their reviews for this post!